A constant for some time now has been baking bread. I go through phases of what I prefer to bake but it is generally some variety of bread.

When I finally got a Dutch oven, I got heavily back into sourdough. It’s a craft that I just cannot seem to get my brain wrapped around. Because of that, it’s a true necessity for me but one that I indulge in as an experiment rather than actually trying to do something for my family.

When it comes to baking for my family, it’s impossible to do better than making a focaccia. Not quite pizza but not an ordinary loaf of bread. A bubbly, airy and tender crumb that is almost dripping with the citrusy, Spanish olive oil I’ve come to prefer. A scattering of herbs, usually rosemary. Flaky salt. Occasionally cheese, occasionally cherry tomatoes.

It always does the job and it’s always amazing. Oh yeah, and it’s also barely any effort. Five minutes of kneading in the bowl because it’s almost equal parts water and plain flour. Leave it an hour. Put it in a pan and try to get it to stretch out a bit. Leave it 20 minutes. Make a bunch of dimples and add more olive oil. Sprinkle things on and throw it in the oven for 20 minutes and it’s job done.

It’s the perfect bread to start the weekend. 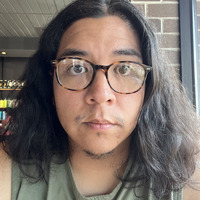